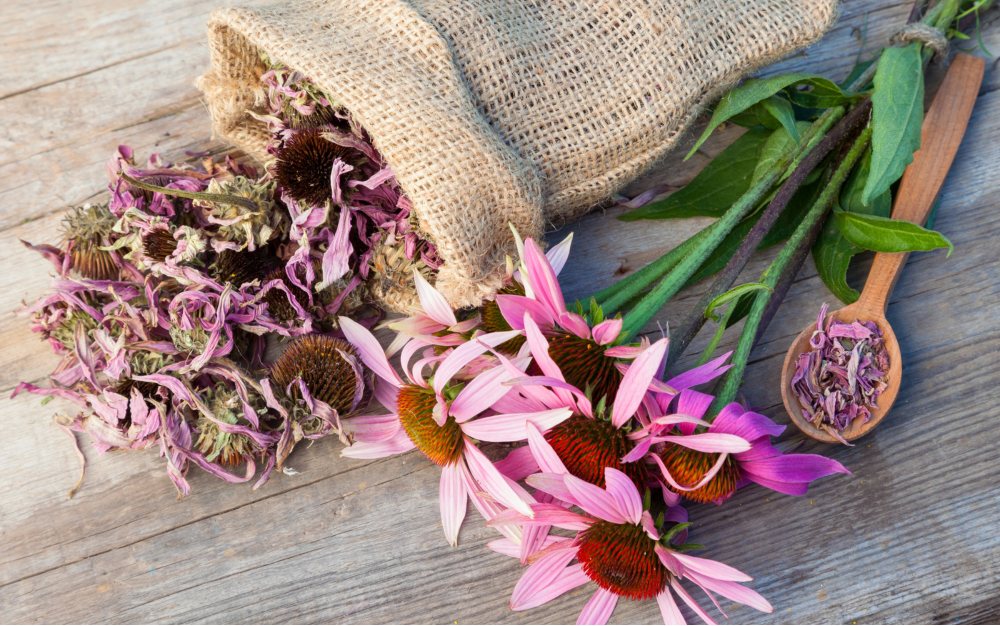 6 Supplements to Take During Chemotherapy

Chemotherapy is a curative process involving the use of powerful chemical drugs (and/or highly focused radio waves), to kill rapidly developing cells in the body by lowering the total number of cancer cells, reducing their spread, shrinking the size of tumors and lowering the symptoms. According to Cancer.net, the drugs used, alone or as a combination, work by preventing the growth, division, and multiplication of cancer cells, while, for the most part, leaving healthy cells undamaged.

Chemotherapy is not necessarily the most effective way of curing cancer cells. Powerful chemotherapy drugs pose a health hazard to the user, with side effects, which may include:

Long-lasting side effects may damage the heart, kidneys, lungs, reproductive organs and nerves. Several steps have been made toward finding a solution for cancer treatment, with aims to control any side effects that may be experienced, including the discovery of supplements that are taken during chemotherapy.

Wheat Germ is part of the seed found in the kernel, “berry,” of wheat stock.  The germ is the embryo – or sprouting section – of the seed. During the milling process of making standard white flour, not with whole wheat flour, the germ is separated from the final product.  When this wheat germ is fermented, it starts to produce new compounds. Fermented Wheat Germ Extract, FWGE, is the extraction of only the most crucial compounds for fighting cancer’s ability to fuel itself.  2, 6-dimethoxy benzoquinone, [is one of these precious compounds], which helps in exerting biological effects on the body.

The wheat germ extract, according to PubMed, interferes with anaerobic glycolysis, pentose cycle and ribonucleotide reductase process of the cancer cells. It has vital antiproliferative effects that kill the cancerous cells through inducing apoptosis through the caspase-poly (ADP-ribose) polymerase-pathway. The wheat extract helps in modulating the response of the immune system by downregulating MHC-I complex, TNF-a induction, and several interleukins. Taking FWGE supplement during chemotherapy as asserted by eMedicine-Health shows that if the Fermented Wheat Germ Extract is taken when one is undergoing chemotherapy it reduces fever and stabilizes white blood cell count; this is more profound in children as opposed to when they undergo chemotherapy alone.

WHAT CHEMO SIDE EFFECTS DOES FWGE HELP WITH?

The extract, as early studies have proven, when taken for a period of six months, at least once a day concurrent to chemotherapy, reduces the cancerous cells in the colon from worsening; making it an ideal supplement to take during chemotherapy by colon cancer patients.

Skin cancer or melanoma patients taking Fermented Wheat Germ Extract twice a day for 12 months have also been clinically proven to reduce their chemotherapy side effects.

In addition to that, FWGE supplement taken during chemotherapy:

Patients of chemotherapy often report improvements in appetite, energy, and daily activity within 3 weeks of beginning to take Fermented Wheat Germ Extract daily. Objective measures of improvement, for other side effects of chemo treatments, typically occur within 3 months. For long-term results, one should use for at least 6 months. Results and dosage vary depending on one’s body weight and their health condition when starting.

Ginger is a flowering plant which grows annual pseudostems one meter in height, with narrow leaf blades. The ginger plant’s root is often used to extract rhizomes that can be used as a spice and for medicinal reasons. The compounds in ginger root that typically extracted for medicinal reasons are Zingerone, Shogaol, Gingerol, Paradol, β-phellandrene, Curcumene, Cineol, Geranyl Acetate, Terpineol, Terpene, Borneol, Geranyl, Limonene, Zingiberol, Linalool, α- zingiberene, β-sesquiphellandrene, β-bisabolene, Zingiberenol, and α-farnesene.

Over 70% of cancer patients undergoing chemotherapy have suffered nausea during their treatments. A daily dosage of 0.5-1.0 grams of ginger shows a vital increase in reducing the adversity of chemo-induced acute nausea in older cancer patients.

WHAT CHEMO SIDE EFFECTS DOES GINGER HELP WITH?

Some research data indicate, that because this aromatic rhizome accumulates in the gastrointestinal tract, ginger effectively prevents nausea, is anti-inflammatory, and possibly helps prevent colon cancer.

According to a PubMed article, a “daily supplement of ginger extract, started 3 days prior to chemotherapy, has been shown to significantly alleviate oxidative stress levels in patients who received moderate-to-high emetogenic potential chemotherapy compared to placebo.”

It is also evident, in-vitro, that ginger has strong antioxidant properties, and aqueous or ethanol supplements taken during chemotherapy have a vital scavenging radical of superoxides and peroxidation of lipids.

In cancer patients, reports show an increase in GPx with no observed oxidative stress of MDA nor Nitrous Oxide with supplementation of 750mg ginger capsules daily.

Ginger supplements are suggested as an effective way to reduce the nausea effects of chemotherapy. These supplements, when used during chemotherapy, should be taken in small amounts of less concentration; as higher concentrations of 1.5 grams, or more, may lead to negative interactions with blood thinners.  In some people, effects may be seen on patient’s blood sugar levels.

Milk thistle supplements come from a plant named Silybum. Nicknamed milk thistle for the white veins on its large prickly leaves. The plant is native to the Mediterranean regions of the world.

Milk thistle is a plant whose medicinal seeds, silymarin, have antioxidative effects that may prevent cell damage. The medicinal compound found in silymarin is known as silybin, isosilybin, silydianin, and silychristin; these contents are extracted into supplements in the form of capsules, tablets, liquid extracts, and powder which may be taken during chemotherapy.

WHAT CHEMO SIDE EFFECTS DOES MILK THISTLE HELP WITH?

The PubMed published study on the effects of silibinin on MCF-7 breast cancer cells have shown that the plant extract inhibits the growth of cells and induces their eventual death. The milk thistle plant extract is an effective adjuvant drug to produce a better chemotherapy experience, as well as a good preventive response for cancer therapy. A combination of the silibinin extract supplements and UV light B has also been proven to be more effective in causing cancer cell death than only Ultraviolet light.

For cancer patients, supplements to take during chemotherapy containing milk thistle extracts will not only be curative in inhibiting cell growth but also may help to prevent the inflammation of liver cells, as it allows you to take potent chemotherapy drugs without your liver being damaged. Chemotherapeutic drugs often lead to liver inflammation after which most doctors stop administering the doses putting the patients’ lives at risk, contrarily, milk thistle supplements have proven curative effects on chemotherapy side effects, and is safe to use during chemotherapy.

The supplements containing milk thistle are however subject to side effects to the users with any previously known incidences of sickening feeling, heartburn, and bowel upsets which makes it very recommendable to consult a clinician before use. A typical recommendation for milk thistle supplementation is 420 mg/day orally in divided doses, for 41 months.

Echinacea is an herbaceous flowering plant in the daisy family of plants. Commonly called coneflowers, echinacea is only found in eastern and central North America. Grown in moist to dry prairies and in open wooded areas, echinacea is used for many medicinal reasons. Echinacea supplements have antiviral and antifungal effects, naturally occurring vitamin C, beta-carotene, selenium, zinc, and flavonoids that are essential in boosting and maintaining the body’s immune system. These components in echinacea supplements are vital in protecting the body against opportunistic infections, thus helping in the fight against the development of malignant cancerous cells in the body.

WHAT CHEMO SIDE EFFECTS DOES ECHINACEA HELP WITH?

Echinacea has proven to be one of the most effective supplements to take during chemotherapy, as it boosts the immune system, kills the cancerous cells, and gives patients control over their condition and their treatment. This medicinal herb supplement is available in capsules, liquid, ointment; injectables can be used when conventional cancer treatment methods prove to be futile.

Care should be taken when using these over the counter herb supplements since they pose a great danger from their own side effects, such as headaches, dizziness, constipation, and reactions with the skin when not administered correctly. The herb has caffeic acid, alkamides, phenolic acids, rosmarinic acid, and polyacetylene compounds which may help reduce cell inflammation and lower blood sugar levels (Ryan, 2018). Echinacea supplements have been successfully used in cancer treatment to kill cancer cells in the colon and pancreas through the stimulation of apoptosis, and/or controlled death of cancer cells.

A daily dose of 300 mg of dry powdered extract of echinacea has been declared safe, up to 10 days of use only.

These supplements are considered immunonutrients and are commonly used in nutritional therapy for cancer patients, because of their favorable biological effect.

WHAT CHEMO SIDE EFFECTS DOES OMEGA-3 HELP WITH?

These supplements when taken during chemotherapy, play an essential role in signaling and structuring the fluidity of cell membranes. Omega-3 participates in the resolution of inflammation and has anti-inflammatory and anti-nociceptive effects. They further affirm that omega-3 can act as agonists of G-protein-coupled receptors; GPR40/ FFA1 and GPR1/FFA4 of which the omega-3 polyunsaturated fatty acids (PUFA) supplements are used for treating cancer cachexia. The omega-3 PUFA activates free fatty acid receptors 1 and 4 which are significant in insulin sensitivity improvement, adipose browning induction, analgesia promotion through Beta-endorphin release, energy homeostasis control, and diminishing the level of intake for food in cancer patients.

A cell membrane enriched with omega-3 PUFA has also been found to favor the management of diseases as illustrated through the discovery of inflammation pro-solution mediators. These omega-3 supplements taken during chemotherapy containing these protectins, maresins, and resolvins have proven to be a milestone curative for cancer treatment side effects with more than just its anti-inflammatory effects.

The pharmaconutrition and immunonutrition effects of cancer cells have also been proven to decline by the use of the omega-3 supplement. As the following PubMed article argues, supplements containing omega-3 PUFA taken during chemotherapy are considered pharmaco nutrients since they act as receptor agonists that modulate molecular pathways which in turn reduce the inflammatory response, increase chemotherapeutic efficacy, and more importantly increase survival chances for cancer patients.

In addition to that, low contents of omega-3 PUFAs in mammary regions lead to dysfunction of breast cancer cells hence the supplements are vital for management and prevention of cancer.

Studies show that daily dosages range from 200mg to 4,000mg depending on your condition and needs. Please consult your physician before taking any supplement.

Curcumin is the sparkling yellow pigment in turmeric, a plant that belongs to the ginger family and is commonly used as a spice in curry. Curcumin contains naturally occurring anti-inflammatory features, with the capability to increase the amount of antioxidant produced naturally by the human body. Curcumin and its principal curcuminoids can be extracted from turmeric to produce a very powerful supplement with greater potency, and is sold as an herbal supplement.

WHAT CHEMO SIDE EFFECTS DOES CURCUMIN HELP WITH?

Curcumin helps manage chemotherapy side effects like anxiety, pain, and depression. Though it suggestively doesn’t treat cancer, it helps in preventing cancer cells from affecting the other healthy body tissue and slows down the cancer’s spread. Curcumin supplements have not been fully recommended as a cancer treatment, though the research done by The International Laboratory in 2013 on a bowel cancer cell, confirms that the combination of curcumin supplements and chemotherapy have better results compared to chemotherapy alone. The research has confirmed that curcumin supplementation is anti-cancerous and can slow cancer’s activity in the body.

Typical dosages range from 500–2,000 mg of turmeric per day, often in the form of an extract called curcumin. Please consult your physician before determining what dosage is best for you and your condition.

Progressive steps have been made in cancer treatment that have been seen with the use of various supplements, concurrent with the chemotherapy, which have proven to be effective in reducing the side effects of the curative chemo process. These supplements play a significant role in boosting immunity while reducing cancerous cell inflammation which in turn is a hopeful justification for more life to come, for cancer patients fighting the good fight to stay alive.