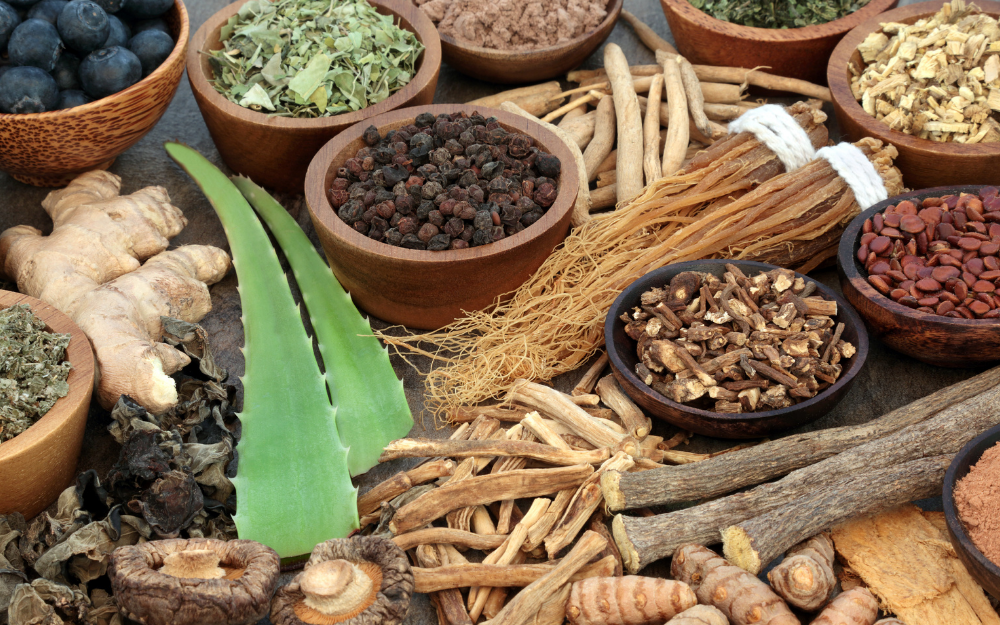 Adaptogens are the wellness industry’s latest buzzword – adaptogenic lattes are popping up in salad bars and blends are finding their home on the shelves of apothecaries. Some adaptogens, like ashwagandha, can be taken in a powdered form. While others, like Lion’s Mane mushroom, can be a nice dinnertime side dish. So, what are they?

Adaptogens are a category of herbs and mushrooms that help balance your body’s reaction to stress by modulating its hormonal and physiological functions. Adaptogens improve adrenal function, protect you from disease, boost immune function and improve overall well-being.   Adaptogens help your body handle stress. They are meant to bring us “back to the middle.”

Adaptogens can have a wide array of benefits to the human body due to the balancing effects they can bring and have properties that can truly aid against the added stresses and anxieties of a modern lifestyle. Adding adaptogens into your diet or taken as an added nutritional supplement could bring some health benefits – at least based on current research – and they are similar in their role against stressors as antioxidants are to oxidizers. If you are interested in learning much more in-depth details about specific adaptogens and see the latest facts and research on them, give our practice a call!